The Pinsky and Rinsel (1994) model is a 2-compartment (soma and dendrite), conductance-based (Hodgin-Huxley type) model of a hippocampal CA3 pyramidal neuron. It is a reduced version of an earlier, 19-compartment model by Traub, et. al. (1991). This model demonstrates how similar qualitative and quantitative spiking behaviors can be obtained despite the reduction in model complexity.

Specifically, this model demonstrates calcium bursting behavior and how the 'ping-pong' interplay between somatic and dendritic currents results in a complex shape of the burst.

The original model was implemented for the XPP simulator. We have converted the model to NeuroML. The modular, XML nature of NeuroML allows to quickly re-use this model in network simulations and our tools allow automated conversion to other supported simulator formats.

The aforementioned ComponentTypes contain all parameters, derived variables etc. for the model in a single Component. There is also a hierarchical version of the model using more of the NeuroML2 types for segments, channels etc. 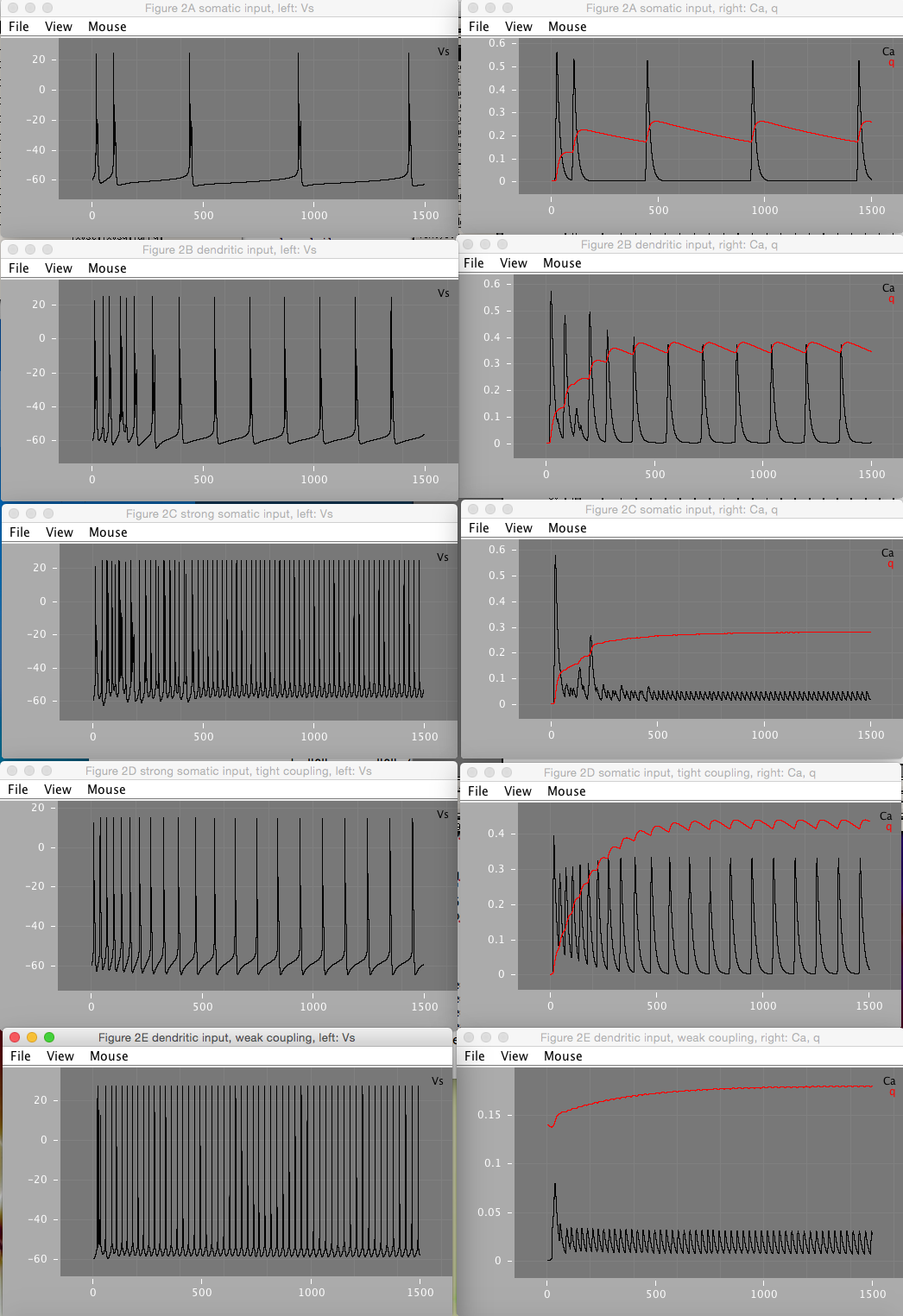 Figure 2 shows how various amounts of current injection into the soma (Figure 2A, C, and D) and dendrite (Figure 2B and E) compartments, under varying coupling strengths affects the soma firing pattern. Figure 2D shows that under tight coupling, the model approximates a single-compartment model and does not result in bursts.

Figure 3 is a close-up of the second burst in figure 2A. It demonstrates how the complex burst shape emerges from the 'ping-pong' interplay of the somatic and dendritic currents.

There are several versions of the model:

Figure 2E is reproducible only partially. Assuming gnmda refers to Id (see above figure 2B issue), and varying Id values, the closest match occurs around Id = 2.0 mA. Furthermore, initial value of qd = 0.4, as described in the paper, appears to be incorrect. Setting initial value to 0.14 results in a closer match. The paper describes that figure 2E spiking pattern was a periodic pattern of a burst followed by a spike. However, no combination of values of gc, Id, Is, gnmda, or initial qd was found to reproduce this pattern in XPP or LEMS. Furthermore, at Is=-0.5, Id=2, and varying gc around 1.425 (as mentioned in paper), the spiking pattern becomes very sensitive to small changes in gc. Because the paper describes a chaotic pattern, the spikes are very sensitive to the value of gc, and several parameter values appear to be incorrect, it's possible the reported figure is unreproducible without additional or existing paremeters being specified more precisely.

Figure 3 matches the published figure very closely, however some small differences in the precise shapes of the membrane potential traces remain.

The spike times for the LEMS with Dimensions and Two-Compartment NeuroML2 are very close but not identical (<1ms differences for runs <100 ms, 1-5ms differences for runs >1000 ms). This appears even if the models are simplified down to a single equation. Reported as https://github.com/OpenSourceBrain/PinskyRinzelModel/issues/13.